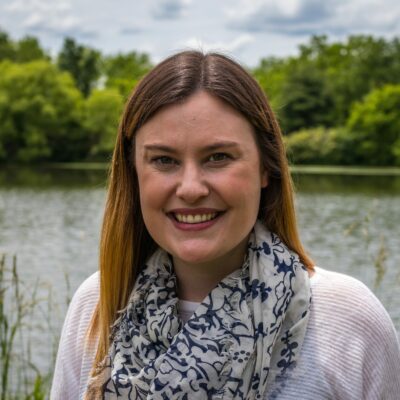 Diana started as the Director of Communications & Marketing at Rodale Institute in January 2016 and oversees the Institute’s branding and outreach, including consumer education.

Diana graduated with a degree in journalism from the S.I. Newhouse School of Public Communications at Syracuse University and specializes in nonprofit marketing & communications.

The tenth generation of her family to live in Lancaster, PA—an area with rich farmland and a hot spot for organic agriculture—Diana became passionate about issues in food & farming while backpacking around the world and WWOOFing (interning) on organic farms. Today, Diana is particularly passionate about supporting family farmers, building resilient food systems, climate change, and intersectional environmentalism.

In her free-time, Diana enjoys skiing, traveling, and hiking with her dog Willow.