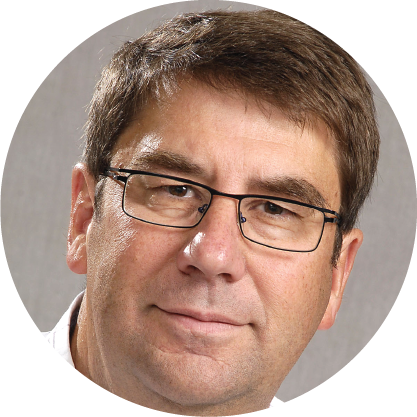 Head of Human Development & Health and Professor of Nutritional Immunology, University of Southampton

Philip Calder is Head of the School of Human Development and Health and Professor of Nutritional Immunology in the Faculty of Medicine, University of Southampton, Southampton, UK. He is an internationally recognized researcher on the metabolism and functionality of fatty acids, with an emphasis on the roles of omega-3 fatty acids, and on the influence of diet and nutrients on the immune and inflammatory responses. His research addresses both life course and translational considerations and includes research in cell and animal models and in healthy humans and patients. He has received many awards and prizes for his work including the American Oil Chemists’ Society Ralph T. Holman Lifetime Achievement Award (2015), the prestigious Danone International Prize for Nutrition (2016) and the DSM Lifetime Achievement Prize in Human Nutrition (2017). Professor Calder was President of the International Society for the Study of Fatty Acids and Lipids (2009-2012), Chair of the Scientific Committee of the European Society for Clinical Nutrition and Metabolism – ESPEN (2012-2016) and President of the Nutrition Society (2016-2019). He is currently President of the Federation of European Nutrition Societies (2019-2023). Professor Calder was Editor-in-Chief of the British Journal of Nutrition (2006-2013) and is currently an Associate Editor of Journal of Nutrition, Clinical Science, Nutrition Research and Annals of Nutrition and Metabolism. He has over 750 scientific publications and is recognized as a Highly Cited Researcher.