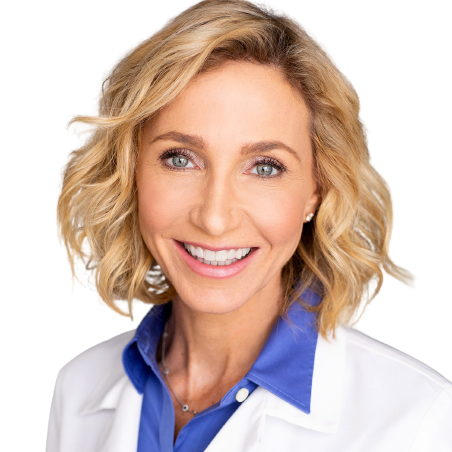 Dr. Melina is an internist and board-certified physician nutrition specialist (one of only a several hundred practicing in the United States) and is the past president of the National Board of Physician Nutrition Specialists. Trained as an internist, for the past 20 years she has specialized exclusively in nutrition for weight loss, disease prevention and treatment. She is the Chief Nutrition Officer for BLK water and her clinical current work focuses on the new and rapidly growing field of precision nutrition and nutrigenetics.

A graduate of Tufts University and Tufts School of Medicine, she completed her residency in Internal Medicine at Santa Clara Valley Medical Center, a Stanford University teaching hospital and became board certified as a physician nutrition specialist in 2004. In 2005, Dr. Melina hosted a program on the Discovery Network’s FIT TV titled “Fit TV’s Diet Doctor” and has served as the diet and fitness expert CNNHealth.com since 2008. She is the past president of the National Board of Physician Nutrition Specialists and remains on the board of directors representing the Obesity Society.  She is a member of the American Society of Nutrition (currently holds a seat on the public affairs committee), the Obesity Society, and the International Society and Nutrigenetics and Nutrigenomics.

She is highly sought-after public speaker and consultant and she lectures throughout the country on the topic of ‘food as medicine’. She serves on the scientific advisory board of several nutrition-focused companies and serves as a spokes-doctor for food and supplement companies.

Dr. Melina lives in Los Angeles with her husband and two sons, and maintains a small personalized nutrition and weight loss practice. She believes whole-heartedly in the role of nutrition in preventative medicine and achieving optimal health she has helped thousands of clients over the past two decades improve their health and well-being.

She is dedicated to the treatment and prevention of childhood obesity as well as working to end child hunger, particularly in the low income, minority population. Her volunteer work includes helping to launch a health food pantry in the Hunter’s point neighborhood of San Francisco,  family nutrition and obesity counseling sessions at the Bresee Foundation in Los Angeles, a center for low income, minority children, and she recently taught a 10 week nutrition, healthy cooking and fitness class at Hope Gardens, a center for homeless women and children.